Last week I got to collaborate with my good friends at Greenroom Communications and boy did we have fun! Greenroom is made up of seasoned TV professionals and some of the best cinematographers in the business. I was a bit star struck when the Principal Cinematographer for shows like Extreme Home Makeover, Matlock and Nanny 911 walked into my home, but my most favorite part of the day was working with a little guy we’ll call PC.

The proof is in the pudding. Watch how cooking and eating together helped a child I just met bond with me in a special way! Just imagine what it can do for your family?

The recipe we made and enjoyed together was my apple and bacon French toast adorned in a cinnamon syrup– and boy was it terrific! This was for the promo.

Begin by making your cinnamon syrup:

If you are like me, you’ve gone into your cupboard or pantry to find that you are out of maple syrup. I only buy pure maple syrup, but if you find yourself in a pickle, make this cinnamon syrup. It’s so good and inexpensive.

In a saucepan heat brown sugar, water and cinnamon sticks until it reduces in half. YOU MUST WATCH THIS MIXTURE! I have made it dozens of times but stepped away from it once. Let’s just say that I was very lucky because I stepped away but was in the very next room. Never step away from boiling sugar! 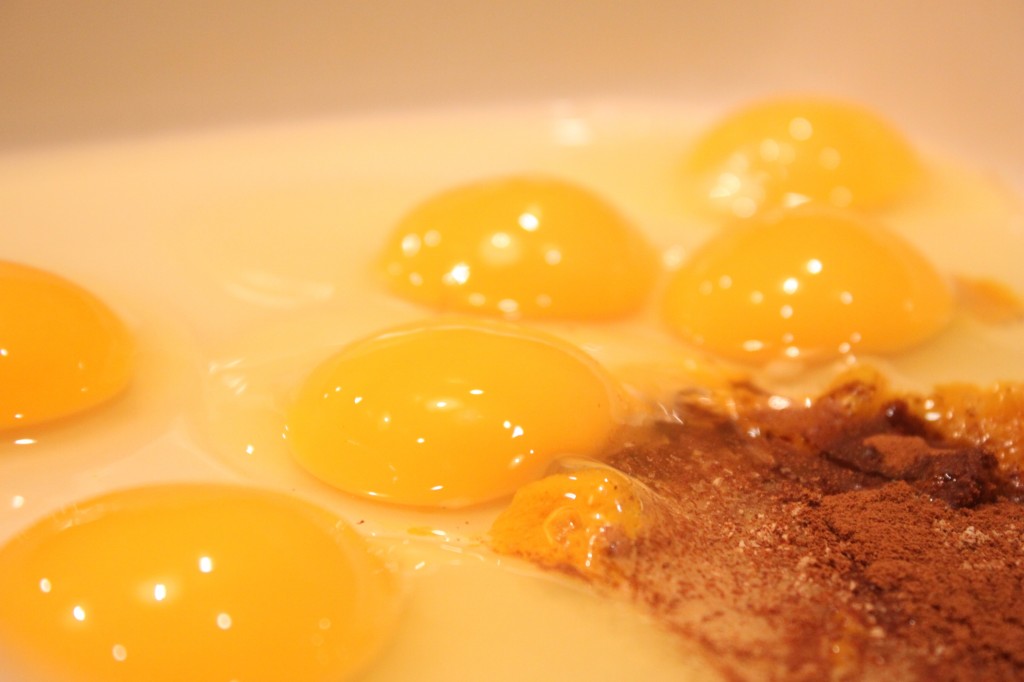 TIP: Whisk the egg yolks before adding your half and half so that you don’t have to fish for them in the half and half!

Now add your cinnamon, nutmeg, orange zest, pinch of salt and half and half.

DID YOU KNOW? Nutmeg and mace are from the same tropical tree. This is the only tropical tree that produces two spices.

Whisk well. Place half of your bread slices into the custard and let soak for a couple of minutes on each side. 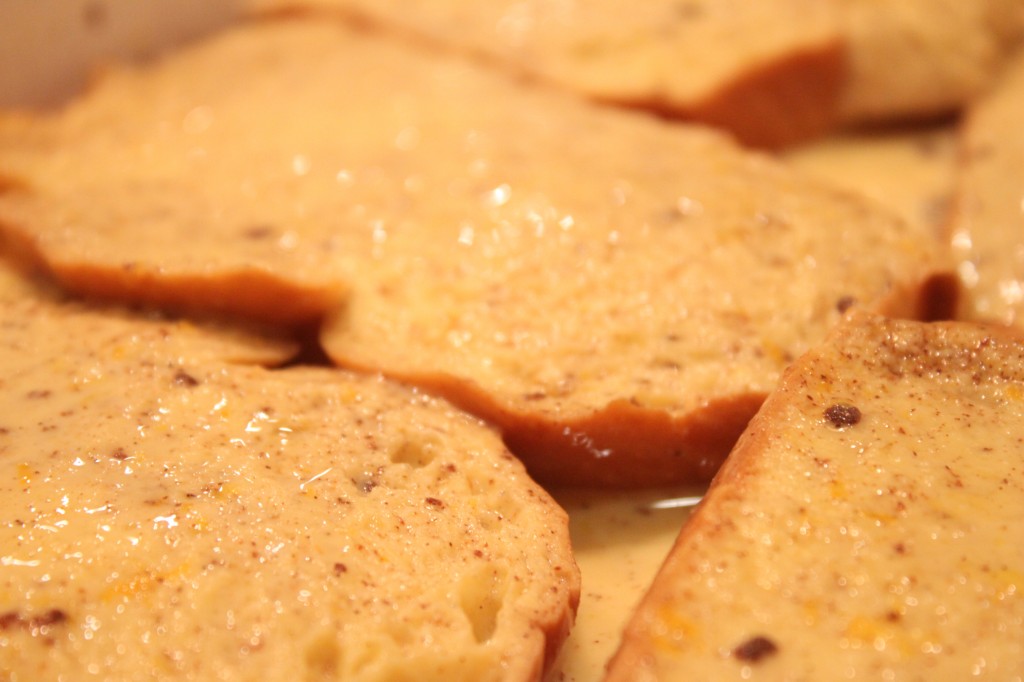 See the pretty orange flecks from the orange zest, the ground cinnamon and nutmeg!

Place one tablespoon butter and one tablespoon of oil in a large skillet. Use a slotted spatula to transfer each slice of bread into your skillet. Brown over medium heat until it is nicely browned on both sides.Your French toast will burn before cooking through if your heat is turned up too high.

Assemble onto a pretty platter. Top with apple slices, crumbled bacon and cinnamon syrup. Your family is going to kiss you! 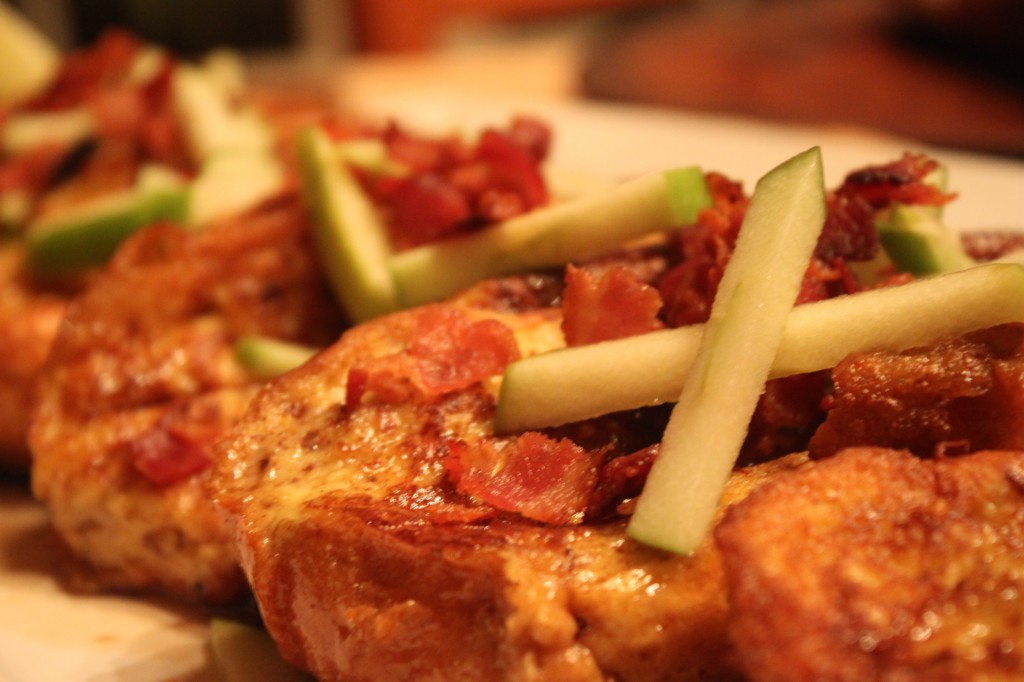 Get those forks ready! 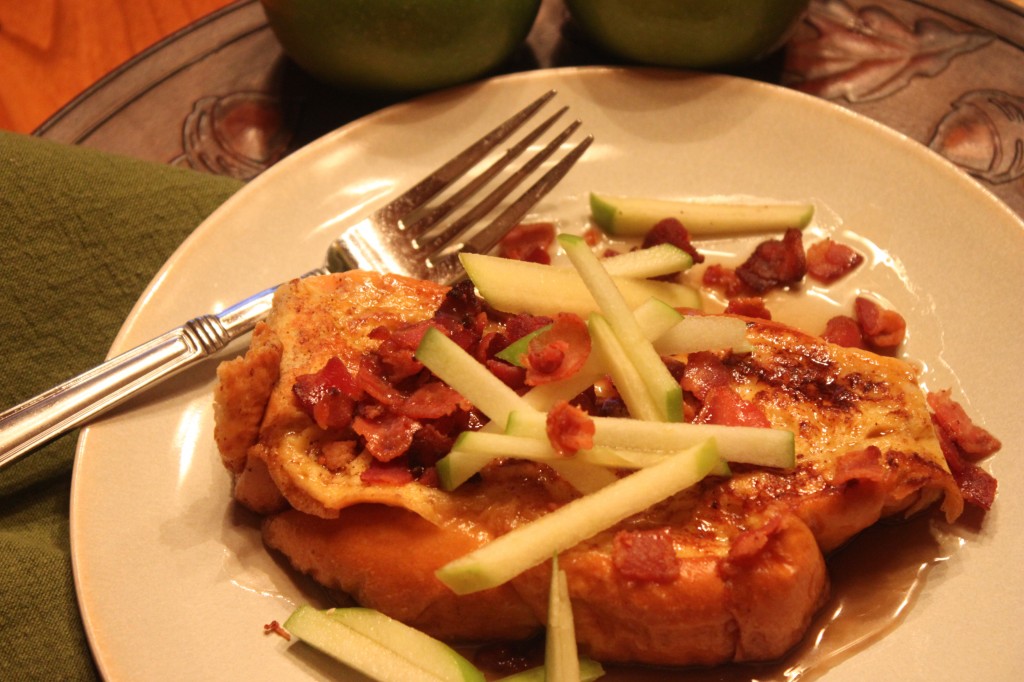 Stay tuned for more information about my new cooking segments on WRAL.com!