Last weekend my hubby and I were watching Bobby Flay create the most amazing French toast recipe on Brunch at Bobby’s on the Cooking Channel. We like to torture ourselves by watching Bobby on Saturday mornings while eating our breakfast. We were actually enjoying a nice breakfast of eggs and sausage which suddenly seemed unappealing. We WANTED that French toast.

It looked so good that we planned to make it together the following weekend. The day finally arrived! We picked up a beautiful loaf of challah bread and a bunch of bananas from BJ’s Wholesale Club and in the kitchen we went. Oh, the smell and then the taste…we thought we were transported to the French Quarter!

The Chew recently talked about the origin of this iconic dessert:

Here’s how easy it was to make:

In a large bowl beat the eggs slightly. Add milk, cinnamon, nutmeg and salt. Whisk a bit to combine. Depending on the size of your challah bread, you will most likely have 8 slices of bread which would feed at least four very hungry people. Although it is really delicious one slice might be enough for some.

Soak four slices of bread in your egg mixture. Place one tablespoon of butter and one tablespoon of oil into a large skillet or flambe pan. (The oil stops the butter, which imparts great flavor, from burning).  Cook French toast slices over medium heat on both sides so that it browns nicely, and the inside cooks all the way through. Too high heat will burn the outside before cooking the inside and we do not want that! 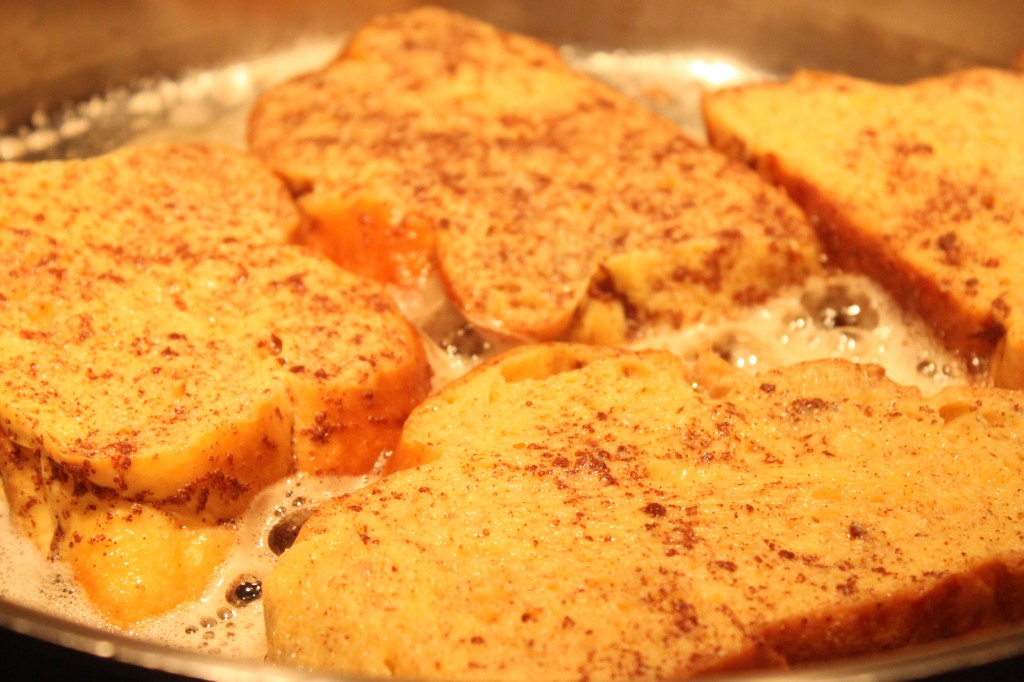 Remove and place on a baking sheet. Keep your French toast warm in a preheated 200 degree oven or in your “dry” warming drawer. Soak the other four pieces of French toast cook on both sides. Place all the slices in the warming drawer or preheated oven to keep warm while you make your bananas foster topping:

Combine the butter, sugar, and cinnamon in a flambé pan or skillet. Place the pan over low heat either on an alcohol burner or on top of the stove, and cook, stirring, until the sugar dissolves. Stir in the banana liqueur, then place the bananas in the pan. When the banana sections soften Bananas Foster and begin to brown, carefully add the rum. Continue to cook the sauce until the rum is hot, then tip the pan slightly to ignite the rum. When the flames subside, lift the bananas out of the pan and place four pieces over each portion of ice cream. Generously spoon warm sauce and bananas over the top of your French toast and serve immediately. 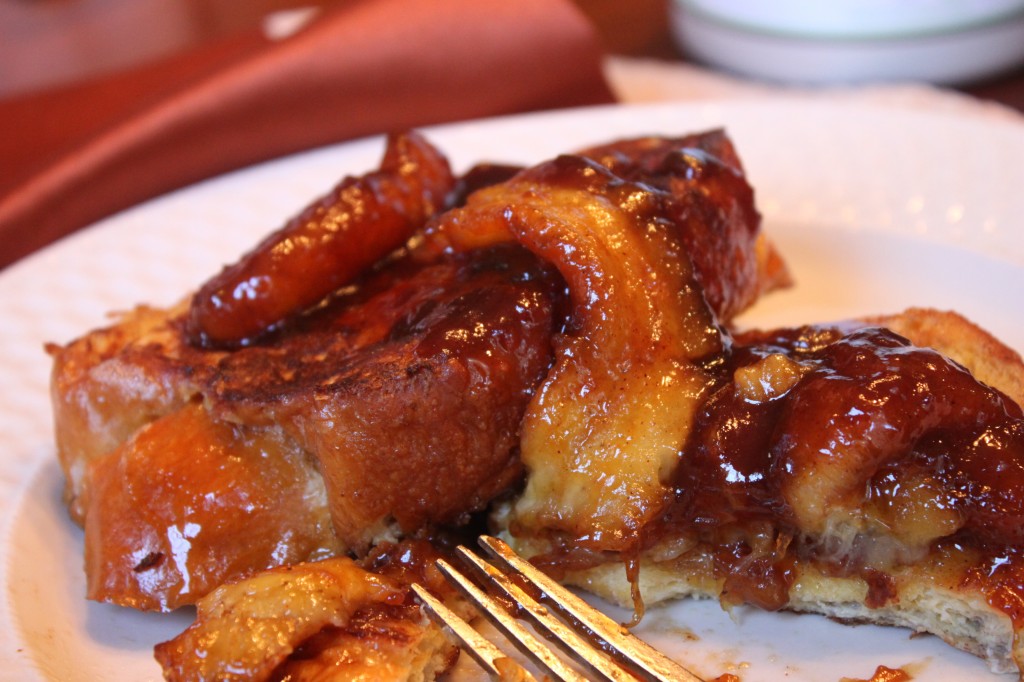