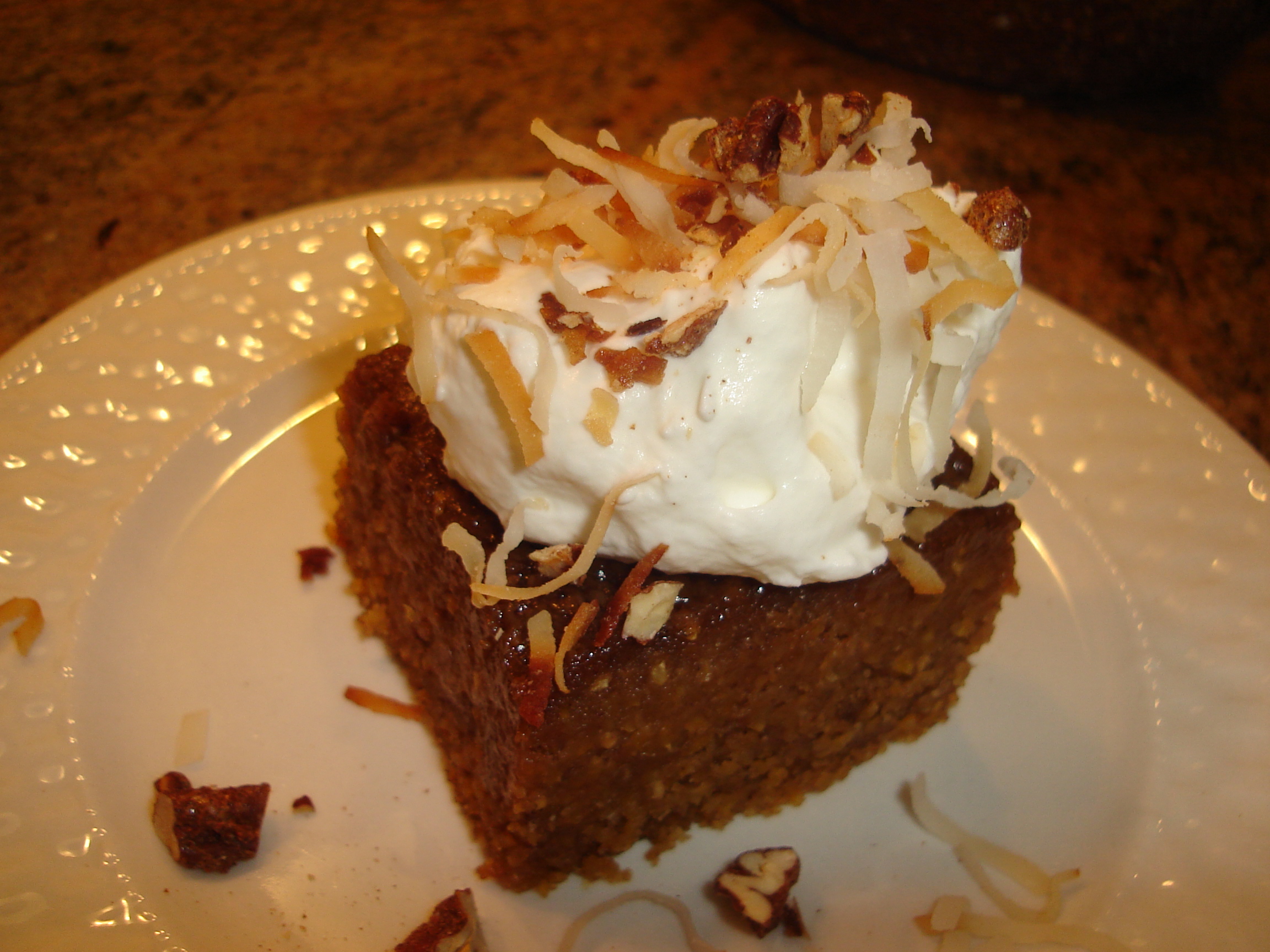 I decided to make Jamaican Jerk Chicken, which is something I had not made before. I also decided that I wanted to experiment with a Jamaican dessert, and so after looking through several traditional dessert recipes, I decided to experiment with Coconut Cornmeal Pudding. I grew up loving my grandmother’s Rice Pudding and thought that the Cornmeal Pudding would be a nice experiment. Boy, was I glad I attempted to make this recipe, because it was DELICIOUS! The addition of toasted coconut and nuts brought this dessert over the top!

Preheat your oven to 350 degrees.

In a large bowl, sift together flour and cornmeal.

In another large bowl, blend together sugar, salt, cinnamon, nutmeg cloves and coconut milk and add to cornmeal mixture, stirring out any lumps.

Coat the raisins with a little flour and sprinkle into mixture.

Cool and serve with whipped cream topped off with toasted nuts and shredded coconut.