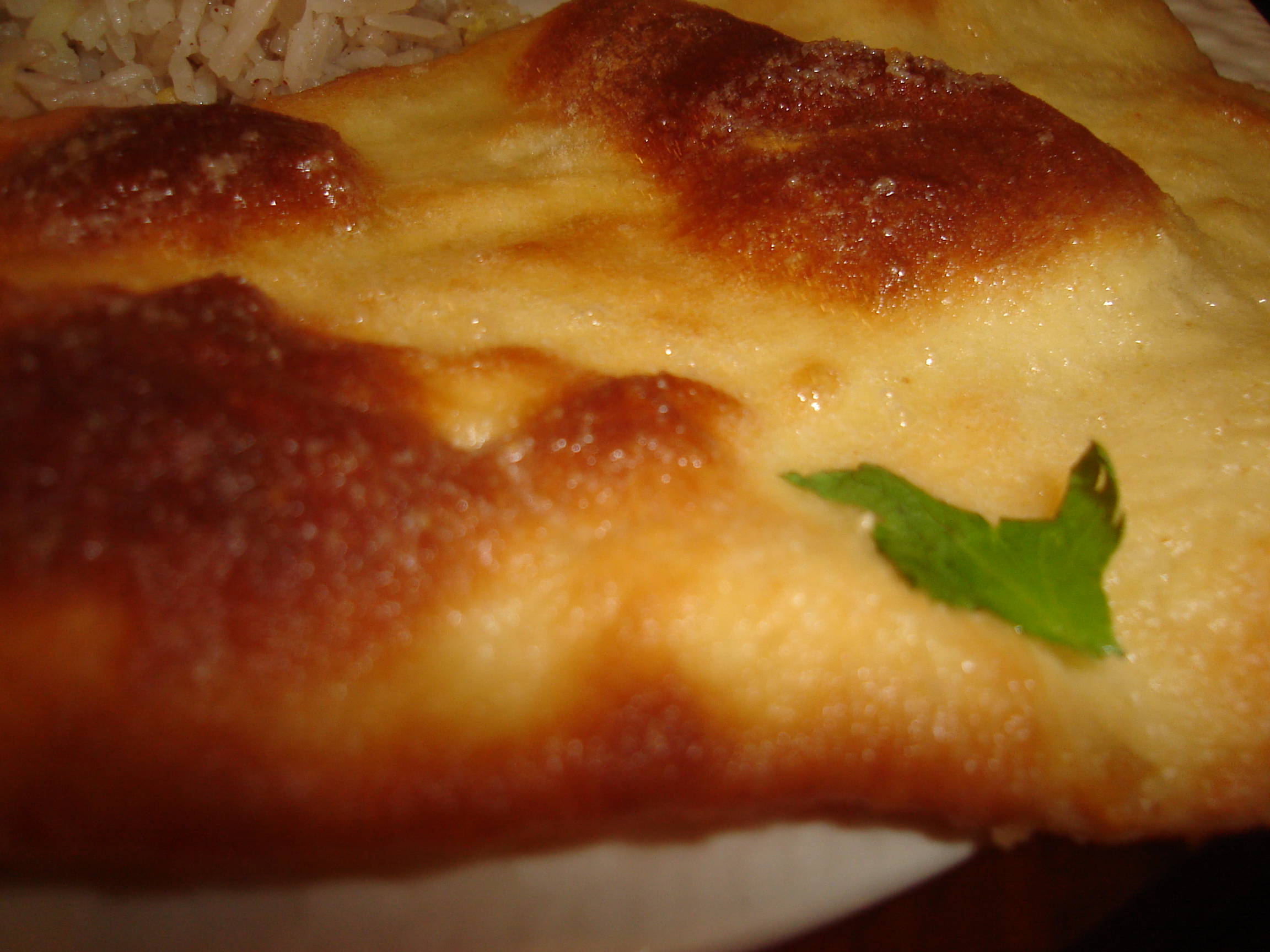 This Naan Bread assisted me in winning the 2010 Meals on Wheels Chef’s Challenge, with it I served Chicken Tikka Masala, an Infused Basmati Rice and Raita, a cucumber yogurt sauce!

Dissolve the active dry yeast in lukewarm water and let it sit a few until the mixture becomes frothy. Your yeast is now ready to go to work for you!

Add sugar, salt and baking soda to the flour and mix well.

Add the oil and yogurt mix.

Add the yeast mixture and stir with your hands making a soft dough.

Knead until the dough is smooth. Place dough in a greased bowl and cover with a dish towel. Keep in a warm, draft-free place for about three hours or until your dough doubles in volume.

Thirty minutes before you are ready to bake your Naan, place your pizza stone in the oven and preheat your oven to 500F. Your baking stone will give your naan bread approximately the same kind of heat as clay tandoor would.

Next turn the oven to high broil.

Knead the dough for about two to three minutes and divide the dough into six equal parts.

Take each piece of dough, one at a time, and roll into 8-inch oval shape. Dust lightly with dry flour to help with the rolling.
Before putting the Naan in oven, lightly wet your hands and take the rolled Naan, and flipp them between your palms and place onto your baking/pizza stone into the oven.

You can place about 3 Naan on the baking stone at a time. The Naan will take about 2 to 3 minutes to cook, depending upon your oven. keep an eye on them because they burn quickly under the broiler.

Once your Naan is golden brown, remove them from the oven and brush lightly with butter.

It’s best to put your stone back in the oven for a couple of minutes before baking the next batch of Naan bread. This makes about 6 large Naan.