A Christian Perspective on a Chinese Tea Ceremony

By Elise, November 30, 2013, In Family
Home » Family » A Christian Perspective on a Chinese Tea Ceremony

As the groom’s parents we had the blessing of planning the rehearsal dinner for my son and daughter-in-love. Planning a special evening that represented and celebrated our two children was very important to me.

Now it was my opportunity to plan my son and daughter-in-love’s special evening. Nate and Amanda’s first date was on Valentine’s Day three years ago. They went to a Japanese steak house and so we felt it was fitting to have their rehearsal dinner reflect their first date. Tasu Asian Bistro in Cary, North Carolina was instrumental in helping our family make their evening a very special night.

There was adequate space for forty-five of Nate and Amanda’s favorite people in Tasu’s large private room. The Asian restaurant with its’ beautiful woodwork, plantatioin shutters, granite tables and pretty red chairs was the perfect place for a Chinese Tea Ceremony.  To help things move along smoothly, I included in everyone’s invitation the rehearsal dinner menu Tasu and I created together.

The theme for the rehearsal dinner was based on a quote I once read:

“To our children we give two things; one is roots, the other is wings.” 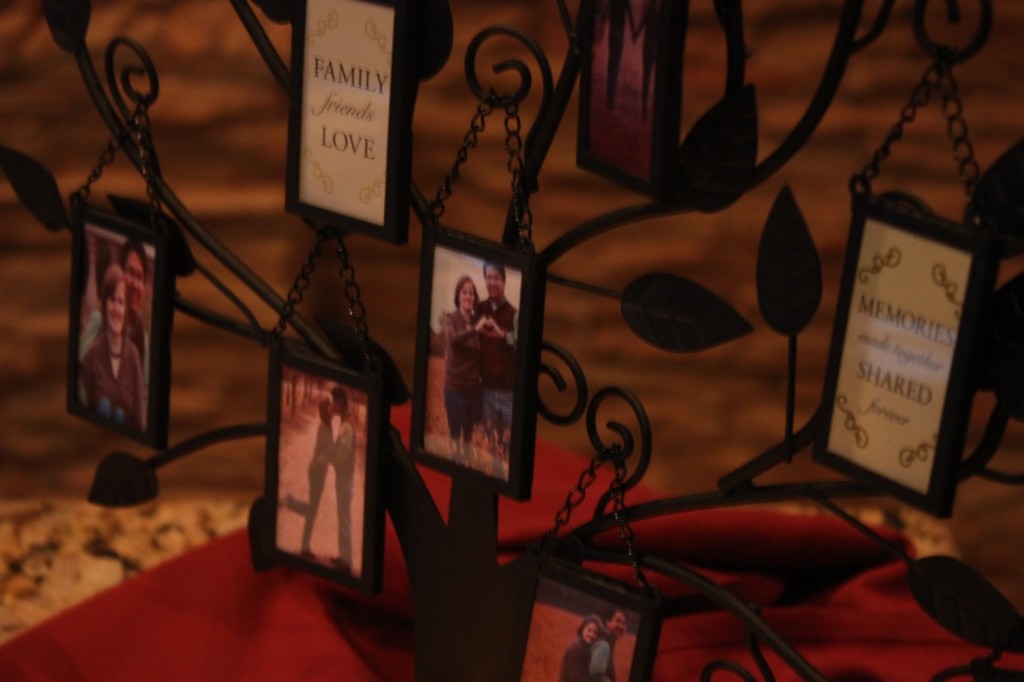 In Chinese tradition, tea ceremonies are performed before the wedding. My husband and I purchased a Chinese tea set which included a tea tray, tea cups, wooden tongs, wooden trivets, a tea towel, a tea pot, a gaiwan and a pitcher. 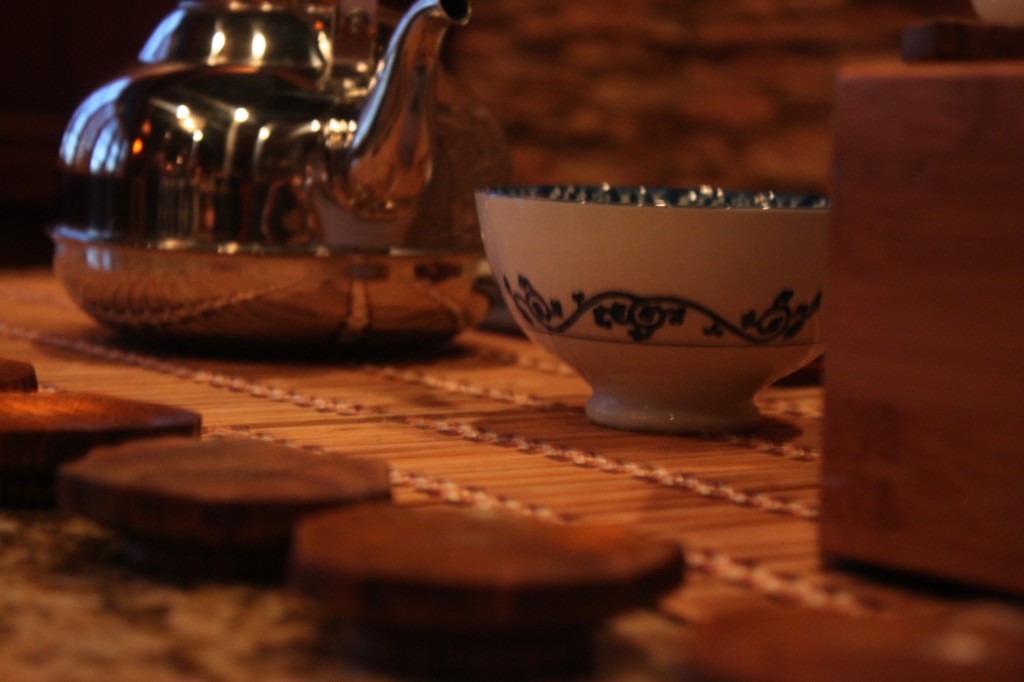 Everything we needed was purchased from the Red Blossom Tea Company including the honey orchid tea leaves which was nothing short of incredible. Alice Luong from the Red Blossom Tea Company in San Fransisco was an invaluable help to me. Alice not only explained the purpose of the tea ceremony over the telephone, but took time to create a video of herself performing a tea ceremony for me to work with. 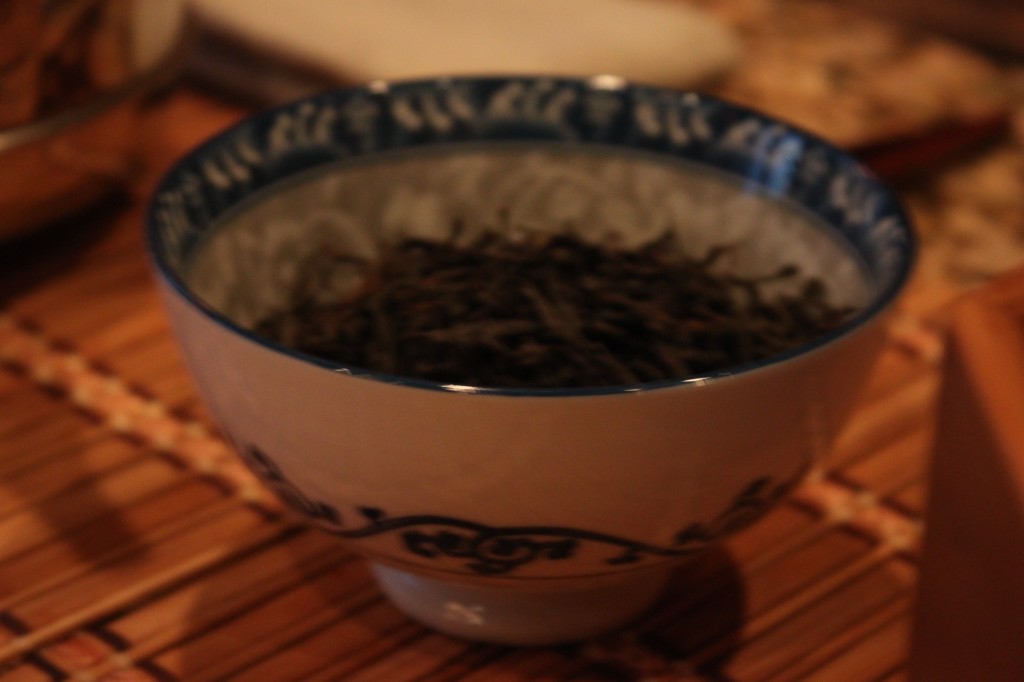 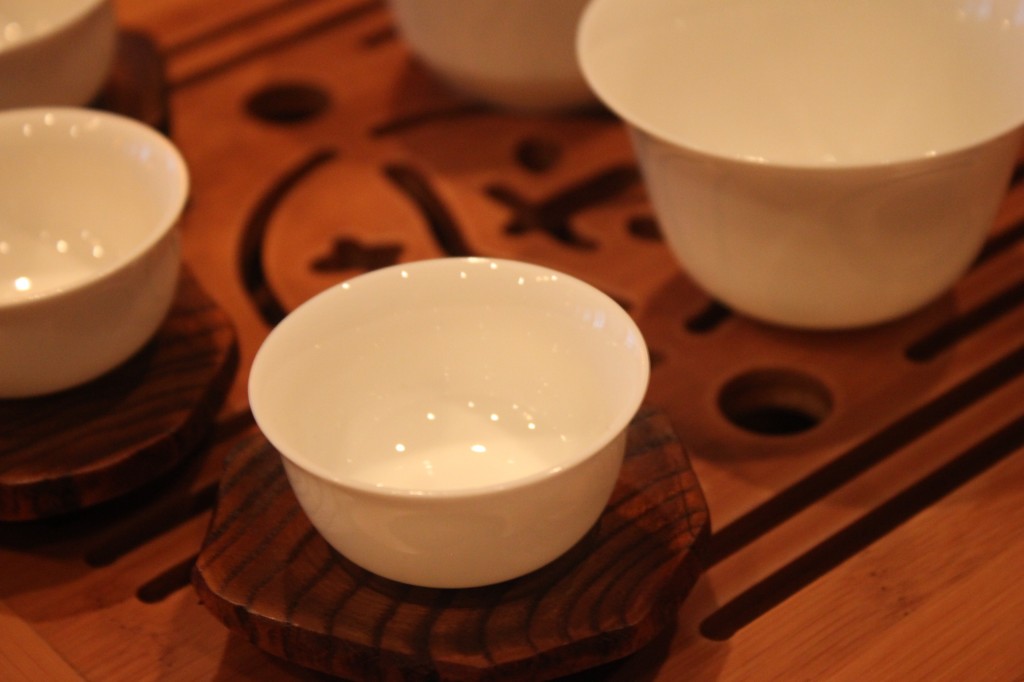 As I read about and then watched the Chinese tea ceremony I began recognizing the symbolism of Christianity.

Here’s is what we took turns saying to our children as we performed the ceremony:

Elise: Tea Tray – Nathaniel and Amanda, this tea tray represents the sturdy, solid, foundation you both have in Christ.  Christ, your foundation and your resting place, will be a holy reservoir collecting the overflow of your life experiences both good and bad. We, your family, will also be here to share in the overflow of the joy and challenges you will experience.

Michael: Warming/Tempering of the Cups –the first year of marriage will set the tone or temperature of your lives together.  To prevent cracks, one must never place hot water into a cold cup but instead gently warm it.  You must temper one another with love and patience and always remember that even when a crack forms love and forgiveness will cover a multitude of sins.

Elise: Tea leaves – Phil. 1:21 says, “For to me to live is Christ, and to die is gain.” Like these tea leaves, one must die to themselves before they produce a true quality or flavor. Your marriage should be entered into in the same way. As individuals going into the marriage, you must put your own desires aside to make an excellent union.

Just as we brew or steep the tea leaves, you each should never let any anger fester or steep too long for this will create a bitter and undesirable flavor. Instead, expect heat and challenges and the anger that sometimes comes with them.  It is through these are challenges that you both can serve and glorify God together. Allow the heat to infuse a quality marriage which is brewed in love and trust.

Michael: Serving of others – the flavor of your marriage will spill out into the rest of your works as you go out and serve others together, as you engage with the extended families and friends and as your family grows. In the spirit in which you met, let us now become one family as we serve one another in love. For it is our deepest desire that you both achieve a beautifully brewed marriage filled a delicate sweetness and a warm heart.

The bride and groom, parents, grandparents and the groom’s brother were all asked to join us as we drank from the same pot of tea. The staff at Tasu prepared the same tea and each of our guests were given tea cups filled with the honey orchid tea as well.

It was certainly something no one had seen before and I was thankful that Nate and Amanda enjoyed it.  Many people were touched and there were a few dry eyes in the house.