Tips for cooking with herbs 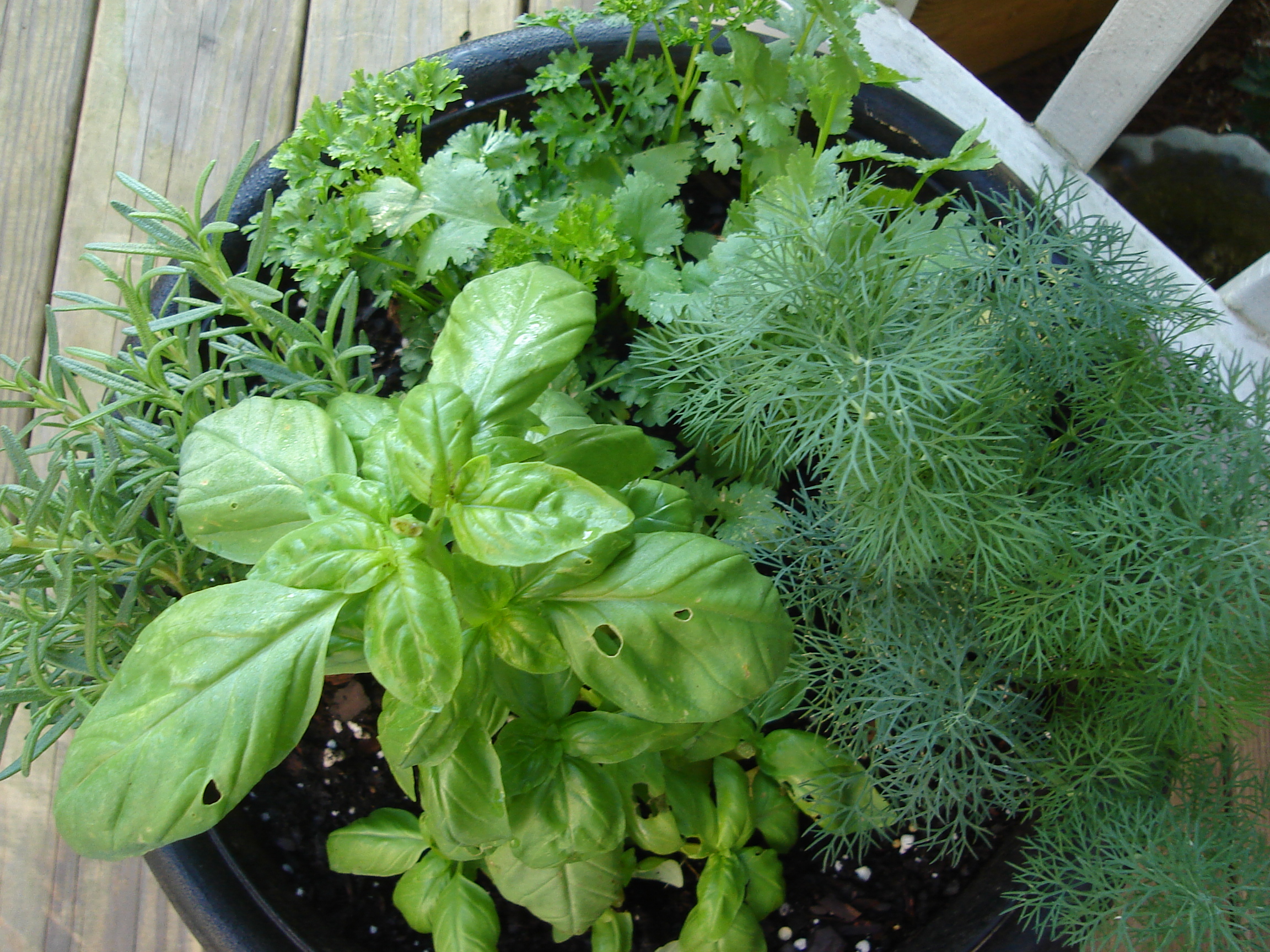 “Another parable put he forth unto them, saying, The kingdom of heaven is like to a grain of mustard seed, which a man took, and sowed in his field, Which indeed is the least of all seeds, but when it is grown, it is the greatest among herbs, and becometh a tree, so that the birds of the air come and lodge in the branches thereof.”

Herbs add a freshness and flavor to a dish that cannot be duplicated. Well seasoned food, particularly foods using spices, can be very healthy for you with little need for bad fats and over processed ingredients. The use of herbs in a dish can make all the difference and even the simplest recipes can be transformed into culinary masterpieces.

In September of 2010 I participated in the Meals on Wheels Chef’s Challenge. To my surprise, I won that challenge with an Indian dish full of flavorful spices. This dish was very healthy with little fat and very basic ingredients. The winning dish was my Chicken Tikka Masala with Infused Basmati and I believe the use of spices helped me win that competition.

Here are some helpful tips for cooking with herbs:

Ratio of fresh herbs to dry

Particularly in the winter months when fresh herbs are not easily grown or available and more expensive this is a good thing to know. Dry herbs are generally more potent and concentrated in flavor, so you need less when cooking. The ration is 1 to 3. If a recipe calls for basil you would use 1 tsp. of dried or 3 tsp which equals one tablespoon of fresh.

Storing herbs whether fresh or dry is very simple, but important. Dry herbs should be stored in a cool, dry place away from the light. Be sure to keep an eye on opened herbs and use them before opening another jar if you have more than one of the same type. Dry herbs will lose their potency and flavor over time, so try to use them up before buying a new jar of the same kind. When using dry herbs, I also like to crush the dried herbs between my fingers which helps to release the full flavors of the herb. Fresh herbs should be washed immediately whether they are from your garden, herb pot, the grocery store or the farmers market. Once dried completely, place in a paper towel and into a zip lock bag. Store in the refrigerator.

Most households have a jar of dried basil sitting in a spice drawer or cupboard. Did you know that basil is a member of the mint family? Basil and tomatoes are the perfect marriage. They not only go well together on a plate and in your palate, but they grow very well together in the garden! Only the leaves of the basil plant are used and the flavor adds a nice touch to salads, sauces, pesto and of course most recipes that have tomatoes in them like Bruschetta or Salad Caprese.

One of my most favorite herbs, cilantro, a member of the carrot family, yes it’s true, is also known as Chinese parsley and coriander. Cilantro is actually the leaves of the coriander plant. Coriander is one of the herbs thought to have aphrodisiac qualities. The book of The Arabian Nights tells a tale of a merchant who had been childless for 40 years, but was cured by a concoction that included coriander. That book is over 1000 years old, so the history of coriander as an aphrodisiac dates far back in history. Cilantro was also know to be used as an appetite stimulant.

Most people either love the strong flavor of cilantro or hate it! Personally I love it! I especially love it in salad because it provides a strong flavor without the fat of salad dressings. A much smaller amount of dressing is needed when cilantro is added to a salad. Cilantro looks very similar to flat-leaf parsley so be sure you purchase the right herb. Cilantro is very good in curries and chutneys as well.

Thyme is widely grown because of its strong flavor. The strong flavor comes for the thymol found in the plant. Used in numerous cuisines around the world, thyme is most often used to flavor meats, soups and stews. Sprigs of time are very flavorful and easy to use. Instead of pulling the leaves off of the stem, I like to throw the whole sprig in my pot when cooking because the woody stem is easily removed in the end and adds more flavor to the dish.

Part of the mint family, marjoram is actually just another name for oregano, but it is milder and sweeter. This can be a little confusing because all marjorams are oreganos since the genus name for both is origanum, but all oreganos are NOT marjorams. Marjoram is much milder and sweeter than most oreganos and goes well with many things like carrots, chicken, corn, duck, eggs, fish, halibut, lamb chops, meats, mushrooms, peas, pork chops, potatoes, rabbit, ravioli, salads, soups, spinach, squash, stuffings, tomatoes, tuna and zucchini.

Oregano is more pungent and not as sweet as marjoram. Because of its pungency, oregano requires a bit more caution in its use. There are several ways to use oregano and several different types. Back in World War II serviceman returned with oregano after enjoying pizza in Italy. Greece has its’ own version and so does Mexico. Oregano goes well with artichokes, beans, chicken, eggplant, fish, lamb, mushrooms, pasta, peppers, pizza, pork, potatoes, rabbit, sausages, tomatoes, veal and zucchini.

Some recipes you may be interested in trying are:

Tips for making the perfect pesto

The Joys of Compound Butters