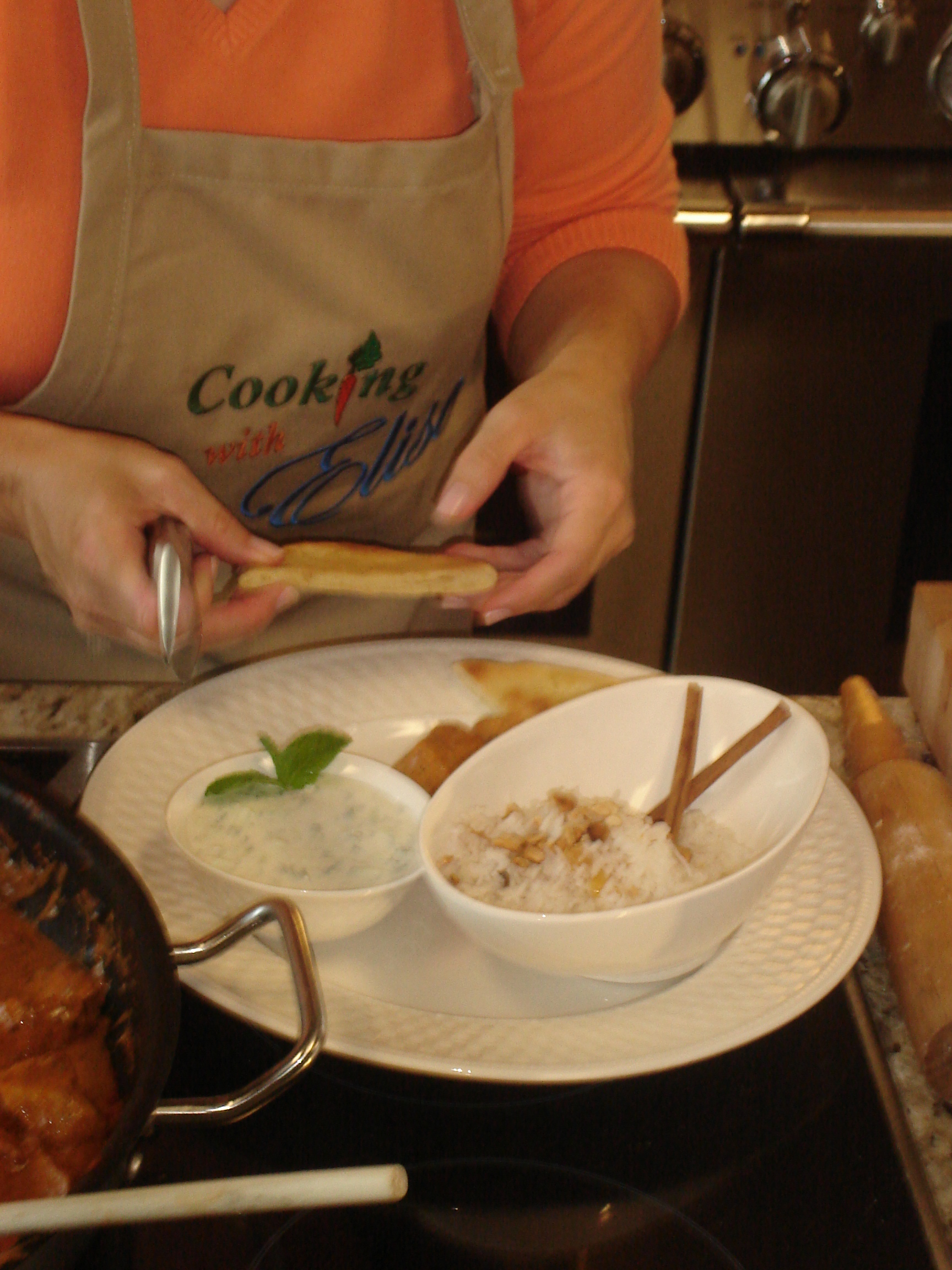 Here is my list of my top ten recipe picks of 2010. Not only are these recipes delicious, but they are meaningful and will be difficult to replace next year! What an amazing year we’ve experienced!  I sincerely thank each of you who have been a part of it with me.  All of you who take the time to visit the Cooking with Elise website and facebook page, watch the Cooking with Elise segments on the My Carolina Today show, read my blog, try my recipes and rejoice with me as God opens new doors…thank you!

I hope you enjoy the countdown! Happy New Year to each of you. May you be blessed abundantly in the New Year! Here’s to 2011…

‘Twas the night before Christmas and I had a hankering for Belgian waffles. I decided to experiment with my original recipe.  Because it was Christmastime, I decided that good ole Gingerbread Waffles might be nice.  I added a few spices and some molasses and voila! a wonderful Gingerbread Belgian Waffle made it’s way onto my plate! The Orange Maple Syrup didn’t hurt either! As I enjoyed my waffles I had visions of sugar plums dancin’ in my head and all the children snuggled in their beds!

9. This Greek menu would have to be my ninth choice because it was the food I had prepared for the Executive Producer of the My Carolina Today show.

We just adore Greek food and this was the menu we chose to welcome the Executive Producer of the My Carolina Today show to our home. This was to be our first meeting and I wanted everything to be really nice for her. I had given Kim a sampling to take back with her to the station. One of Kim’s coworkers later told that he was allergic to walnuts, but he simply could not stop eating my Baklava! He admitted to overdosing on Benadryl and sleeping off his lack of discretion! This menu has to make it in my top ten of the year!

I love this recipe and was thrilled to be asked to prepare it at the 2010 International Festival in Raleigh, NC.  I was able to demonstrate just how easy making crepes is. Everyone especially enjoyed the cannoli filling and chocolate wine sauce! Chocolate and wine… what’s not to love?

Featuring one of my grandmother’s recipes on the My Carolina Today show was one of the highlights of my year! Since the first shoot I have shared many recipes passed down to me with our viewers.  My grandmother would be elated, so naturally this recipe (one of all-time favorites) has to be in my top ten!

6. My Roasted Vegetable Lasagna was quite a surprise.

Little did I know that combining two of my favorite recipes would create such a delightful outcome! The marriage of the roasted vegetables and the spicy bechamel sauce created a match made in Heaven!

French Meat Pie has to be number five on our list this year. Not only was hosting our friend’s Medieval Murder Mystery Party one of our favorite moments, but the food was so good, too. Created for my husband, Mike, I never guessed that this Meat Pie would become a favorite of my children and so many others!

4. My best Spiced Pumpkin Bread was my favorite bread this year!

The addition of candied ginger and roasted pumpkin seeds took this recipe over the top…it didn’t hurt that a group of wonderful women and I made these breads together!

This amazing pound cake recipe came to me by way of my friend, Diane, whose daughter took my son Alexander’s geography class.  One day she surprised us by bringing this amazing pound cake to our home. It was THE BEST pound cake I’d ever had and I have enjoyed no other as much since then! Until someone brings me a better one…hint hint..this will be my favorite!

2. Our Family’s Multigrain Pizzas has to be our number two choice this year!

Not only is this our “go-to” recipe on Friday nights, we always make it for the group of young men who come to our home for their all-day games of Attack! Knowing that both of my boys will be in college next year and these games will come to an end (most of the year anyway) I savor the days of Attack…It is also the very first recipe made for the first Cooking with Elise segment seen on the My Carolina Today show!

…and the winner is: